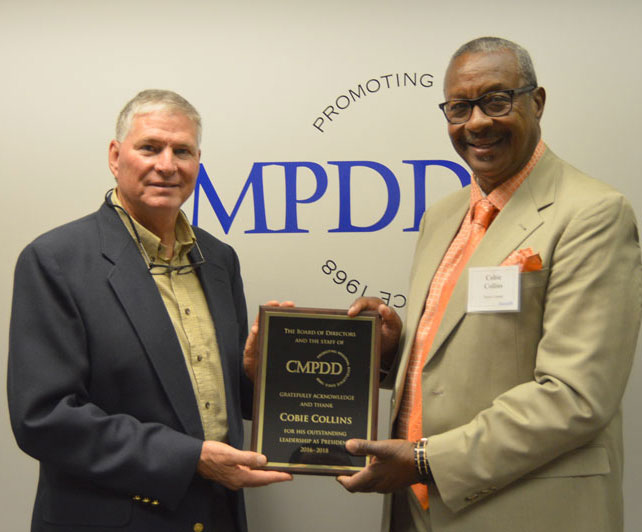 Mayor Les Childress (President) presenting Supervisor Cobie Collins (Immediate Past President) with a plaque to thank him for his service as President.

At the June Meeting, the CMPDD Board of Directors elected Flora Mayor Les Childress to serve as President for a two (2) year term. Also elected were Raymond Mayor Isla Tullos as Vice President and Warren County Supervisor William Banks as Secretary-Treasurer. Former President Yazoo County Supervisor Cobie Collins now becomes Immediate Past President and continues to serve on both the Steering Committee and the Board of Directors.
On behalf of the Board, New President Les Childress thanked Mr. Collins for his dedication to the District. Mr. Collins thanked the Board for the opportunity and stated it was a pleasure and an honor to serve as the Board President.

For this and other stories, click here to view the July 2018 Central Update.