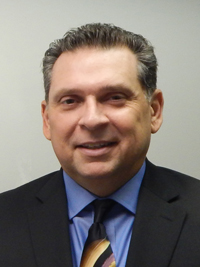 The CMPDD Board of Directors on June 8, 2015 approved the appointment of Mike Monk as the new CEO effective August 1, 2015 to succeed Clarke Holmes who announced his retirement after serving the organization for 44 years (42 years as CEO). Mike is no stranger to CMPDD, having served in various capacities with the organization for over 23 years, most recently serving as Director of Community and Economic Development. Mike is a native of Mendenhall in Simpson County where he resided for much of his life. Earlier this year, Mike and his wife Becky Shows Monk moved to Rankin County near Florence to be closer to the Jackson Metro Area.

At the Board of Directors meeting on September 9th, Mike outlined the CMPDD Work Program for Fiscal Year 2015-2016 that included the following priorities:

As CEO, Mike plans to continue to have greater visibility and interaction with all of our local governments. He plans to visit with local Mayors and County Supervisors periodically to make sure CMPDD staff are providing the highest level of attention and service possible. Mike welcomes your comments and suggestions, and please know his door is always open.