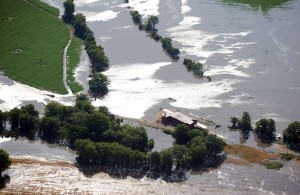 What is Mitigation Planning?

Mitigation Planning is an ongoing effort by local officials to reduce the impact natural disasters have on people and property through damage prevention.  Over the past decade, emergency managers have altered their approach to disaster response and recovery due to the rising cost of natural disasters.  Emergency managers no longer approach natural disasters with the sole thought of how to recover from a disaster.  Instead, emergency managers stress the importance of pre-disaster or ongoing risk analysis in order to lessen the impact communities sustain from a disaster.  Like any other region, the seven counties that comprise the CMPDD’s area are vulnerable to many different types of natural disasters.  These disasters, which include winter storms, flooding, tornadoes, hurricanes, droughts, dam/levee failures, wildfires, and thunderstorms, can have substantial human, economic and environmental consequences.

Why is it important to have a Hazard Mitigation Plan?

The Federal Disaster Mitigation Act of 2000 requires communities to have an approved hazard mitigation plan in place to qualify for certain federal funding programs.  Federal regulations also require that a plan must be updated every five years.

In an effort to reduce or eliminate the long-term risk to human life and property from natural hazards, the Central Mississippi Planning and Development District began working with local jurisdictions in our region in 2005 to develop Hazard Mitigation Plans.  Each plan, identifies natural hazards that threaten the area, characterizes each jurisdictions vulnerability to those hazards, and outlines an action plan of projects that can be implemented to reduce the identified risks. CMPDD has twice completed the five-year update for each plan and has begun updates for a third time.

Since the implementation of Hazard Mitigation Plans in 2005, many local jurisdictions have taken significant strides to protect the safety and welfare of its residents by implementing strategies outlined in their Mitigation Plan.  This has included purchasing emergency generators for critical facilities, implementing drainage improvement projects, building community shelters, and improving emergency warning capabilities.

What are the current mitigation planning efforts?

CMPDD is currently working with several communities in the region to develop revised Hazard Mitigation Plan as part of each community’s next five-year update. As a result of the COVID-19 Pandemic, each five-year update will include a risk assessment related to a public health outbreak and mitigation actions.

How can you get involved in the planning process?